The X-ray source consists of cathode and anode.
A cathode consists of a filament, focusing cup, etc. while an anode has a target.

If the cathode filament is heated with a current, it emits electrons.
If the temperature of filament gradually increases, the electrons move toward the anode as the number of electrons increases.

At this time, the moving speed of electrons increases with the voltage applied to both cathode and anode.
The rapidly increased electrons collide with the targets in the anode and the X-rays with short wavelengths and large permeability are generated. 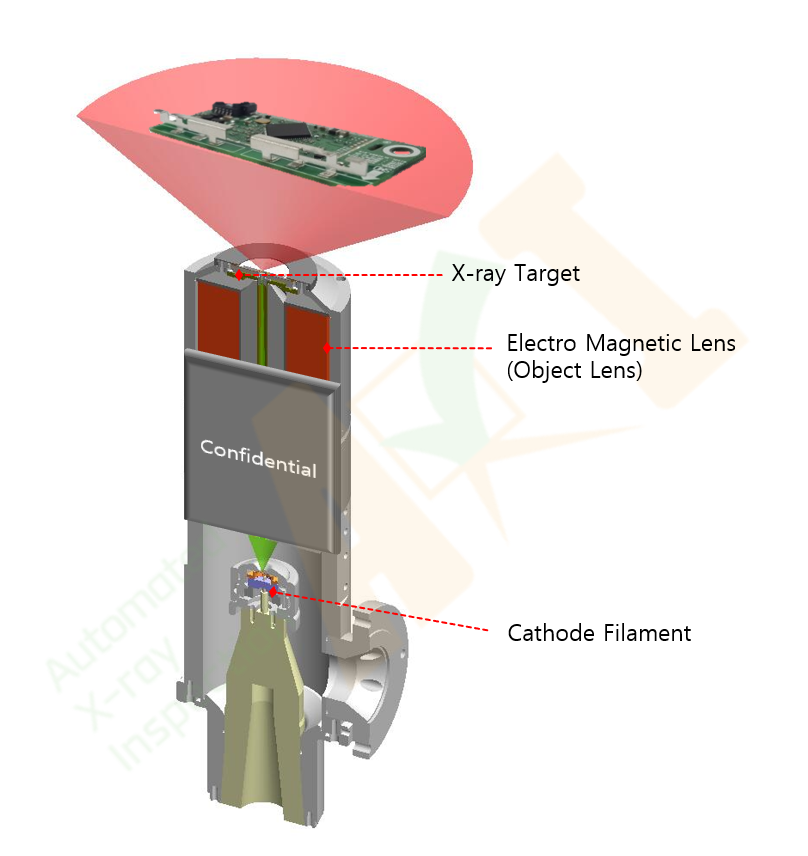 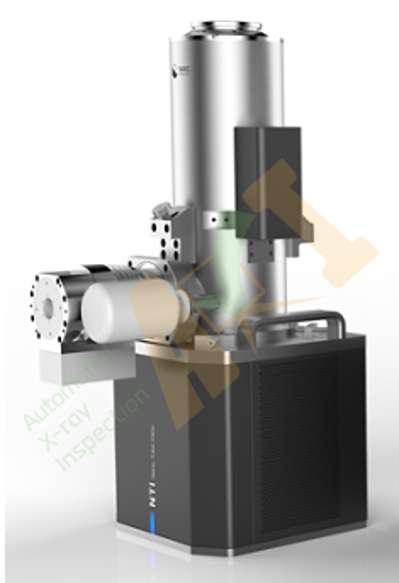 At this time, the electron flow of cathode is called tube current and is measured in milli-amperage (mA).
If the milli-ampere increases, the amount of electron emission increases and the amount determines the radiation quantity which represents the intensity of radiation.
The voltage of anode is measured in kilo-voltage (kV).
If kV increases, the moving speed of electrons increases and the speed determines the radiation quality which represents energy (also called permeability).

The part that generates X-rays in the X-ray generator is called X-ray tube.